Curled up on the sofa with a panicked dog (thanks Guy Fawkes) and a rotten cold (thanks London commuting) has given me an opportunity to catch up on my email, my diary planning and forced me to stop and take stock. Its been 6 months since I started writing this blog, and while it hasn’t quite turned out how I had envisioned it (what does?) I think I may be getting a better of idea of what I would like to do with it. Or rather what I’d like to do with my writing/ photography. The fact is,  it hasn’t gone to plan. But then again this year has not really gone to plan either, and it has been a huge lesson in going with the flow, which is not my natural state, being an anxious control freak.

2014 was going to be a new beginning. I was taking my running up a notch, I was going to travel more, I had big ideas.

My year with Run Dem Crew has been nothing short of inspiring, stepping up pace groups, epic cheering, international racing, new friends, old friends and race bling galore. Most importantly, I learned to run for the joy of it and finding that same joy in supporting others, and that times and speed were only a small part of it. And as our captain Charlie Dark always says, Run Dem is also a bridge to other things. I’ve found the courage to finally take the plunge buy a bike and start cycling and even give up my anti-yoga petition and succumb to the charms of Vinyasa (and the DOMS, near God).

There have been a few bumps along the way, we moved house in April throwing our schedules out of whack (they’re still a bit all over the shop) and a sprained ankle in particular that has slowed things down, plus a lack of motivation in the late summer, added to the on going work-life balance that I do not always get right. My blackberry obsession is never ending, and if I get one thing right in the next 6 months its that I need to master ‘switching off’.

I’ve started writing more, and ironically from that from that decided I need to up my photography game – that finding different ways to tell the story are increasingly important to me, and that I need to experiment with way of combing these more.

We travelled. A lot. We found our way to Thailand, to Berlin, to Morocco, a quick trip over to New York for good measure and a few unexpected days in South Africa. Our family visited us here in London, we got to play tourists in our own town and reconnected. My passport is smug and exhausted. To be honest I am a little exhausted. 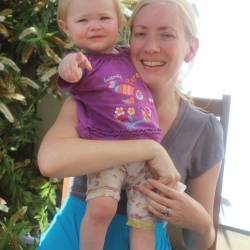 So its odd that I feel like I should have been doing more. I feel I should have taken more time off my half marathon PB, that I should have found more time to train, that I haven’t spent enough time out of London, and that my writing hasn’t been a higher priority, which is true, because you know, life happens.

Perhaps the yoga will help me learn to be more flexible in all areas of my life.Let go and make space, my instructor says. Now that’s a mantra I can get with. I need to make peace with where I am rather than where I would like to be.

* Get with the meditation vibes and learn to just BREATHE

* Get up to 50 miles on the bike by the end of the year, no mad racing, just steady!

* Get snappy. Lose the filters

* Stop taking the piss out of the yogis